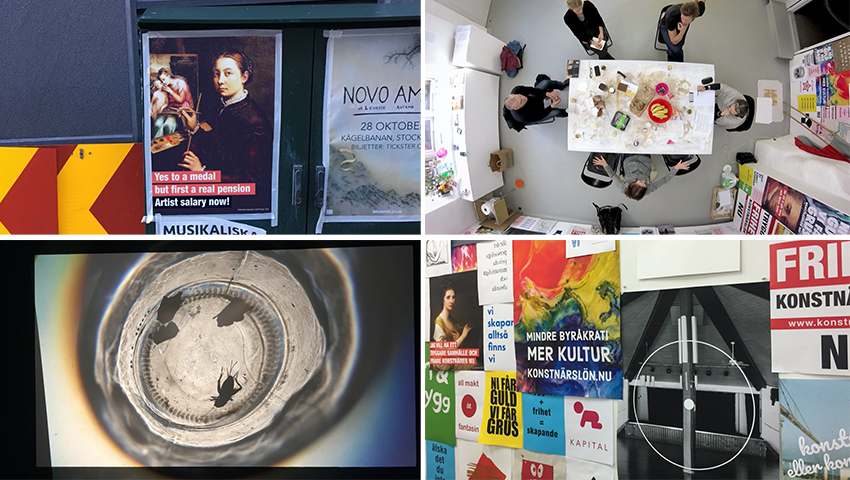 “Should we spend our time filling out forms or making art?” was the rhetorical question that acted as a starting point for “Artist’s Salary Now!” [Konstnärslön nu” http://konstnarslon.nu], a series of events at Gallery Tegen2 in Stockholm in September 2018. Over a period of a month, Karin Hansson,Shiva Anoushirvani, Åsa Andersson Broms, Nils Claesson, George Kentros, and Per Hasselberg performed a think tank and set up a campaign headquarters as a means to provoke discussion. The exhibition also provided space for a series of semi-public talks in which the question of a possible basic income for artists was further developed. The talks engaged activists from the universal basic income movement, politicians, researchers and artists. In this report we describe the ideas behind the project and the discussions as they evolved in the talks and interviews with artists. As a result of the project we propose an artist’s salary as a pilot for a future basic income, a salary that eventually will be for everyone, not only artists: a salary to allow for time to take care of our commons and existential issues. A modest salary based on the modest needs of artists. Unlike a universal basic income, it is intended for a specific purpose: our shared society. And, since we claim that society is art, it is up to each one of us to define what society is.