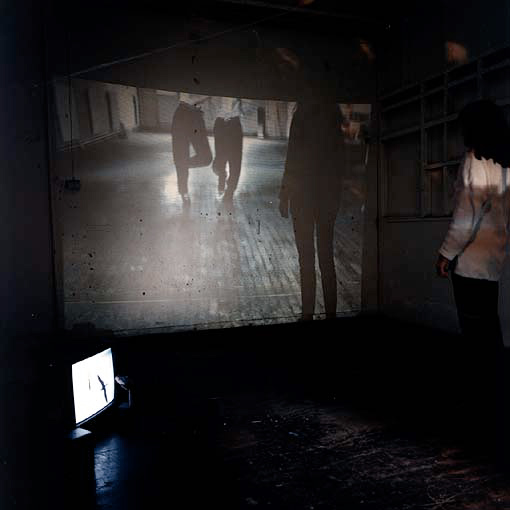 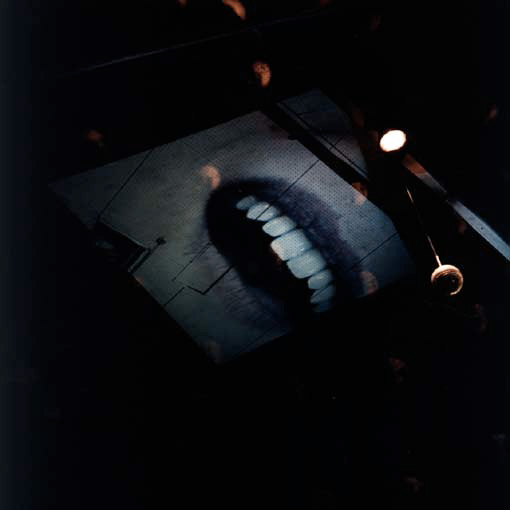 In this video and sound installation I have been using sentimental symbols, almost kitch, but put together and made “bigger” so they almost lose their original meaning. As in an amusement park, where nothing is real, everything is a game. In the background a couple dancing a never ending salsa: A video projection the spectator is forced to walk into, which projects him sharply on the dancing couples. On the floor, a stuffed robin looking at living gulls ultra rapid flight shown at a TV-monitor, as he listens to affirmations (encouragement-giving voices), coming from four tape recorders. In the roof a projection of an enormous mouth, screaming like a seagull. Above the scene a mirror ball spreading a glittering light. The sound of the salsa, the gull screams, and the encouraging voices, altogether creates a hysteric, but high in spirit, massive mumble,where one part is hard to distinguish from the other.