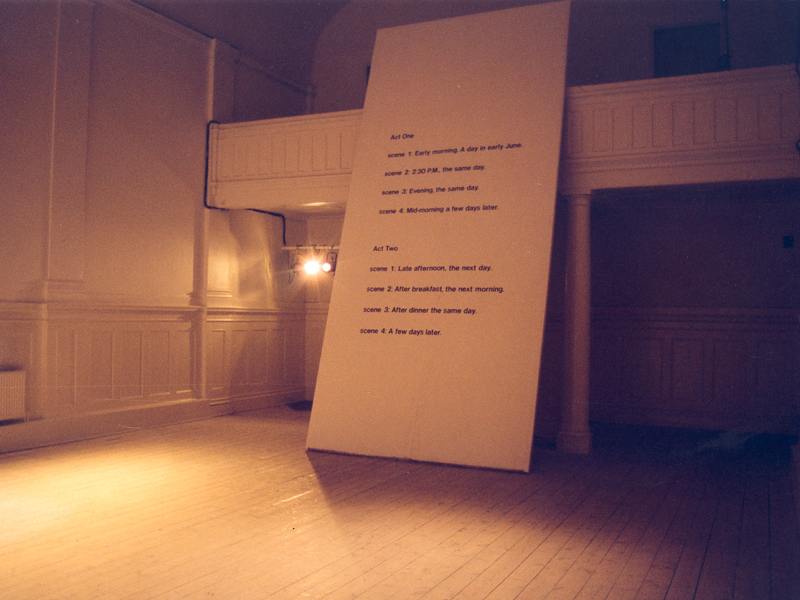 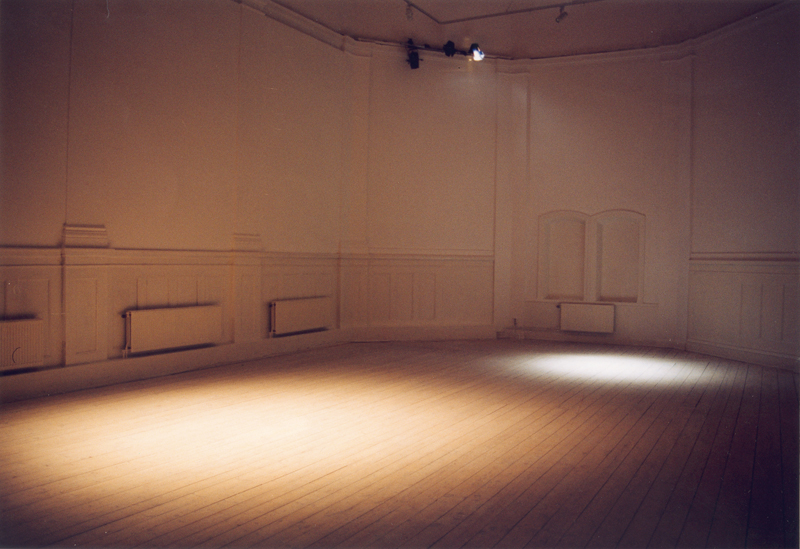 An installation based upon “Bad Seed”, a play from the mid-fifties by Maxwell Andersson. The installation consists of the stage light to the 8 different scenes. The light changes from scene to scene and each last about one minute. On one wall the description of the two acts is written:

Act Two
scene 1: Late afternoon, the next day.
scene 2: After breakfast, the next morning. scene 3: After dinner, the same day.
scene 4: A few days later.