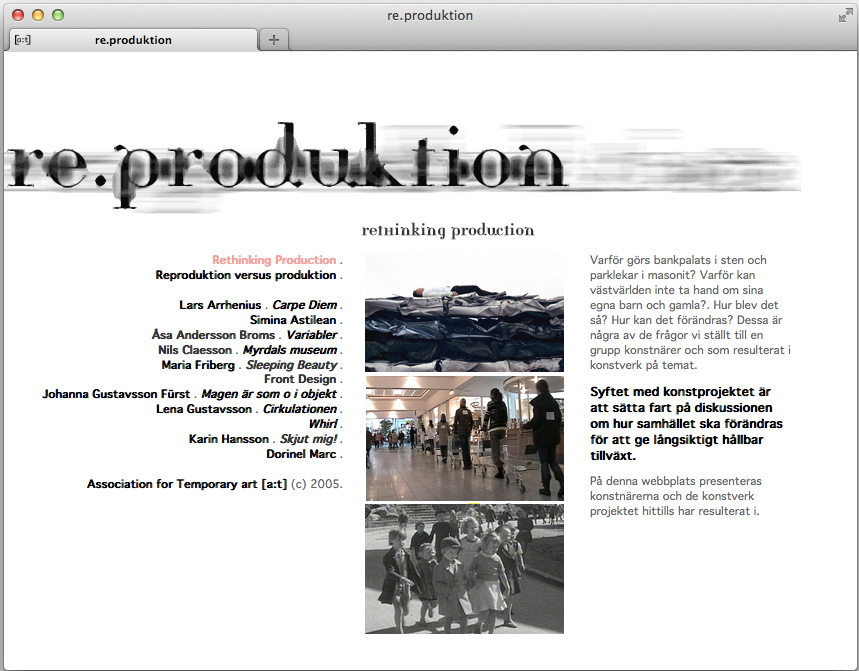 The aim with Re.produktion (2004-2006) was to discuss the old conflict between production and reproduction. A group of artists met regularly during a year to discuss questions raised by common texts. Participating artists were among others Dorinel Marc, Simina Astilean, Lars Arrhenius, Karin Hansson, Nils Claesson, Åsa Andersson Broms, Lena Gustavsson, Maria Friberg and Front design.  The result of the project was presented on the net as an idea bank.