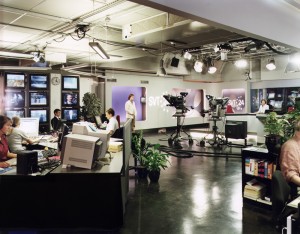 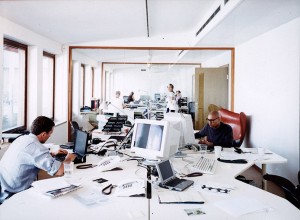 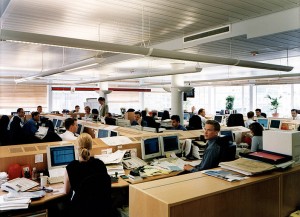 “Sites” is a series of photos documenting the hot spots of the information society. The technique used is the same as were in use 100 years ago when the industrial society were on its peak. The “documentary” photos from this time were not very natural as people had to stay still for the ten second needed for the exposure. Here the workers at SVT24, a digital newschannel that sends 24 hours a day, stands still in ten second for us. So did also the programmers at the web bureau Spray Interactive, the stockbrokers at SEB Bank, the consultants at the public relation company Rikta Communication, the journalists at Dagens Industri, and the Board of Psychological Defence.