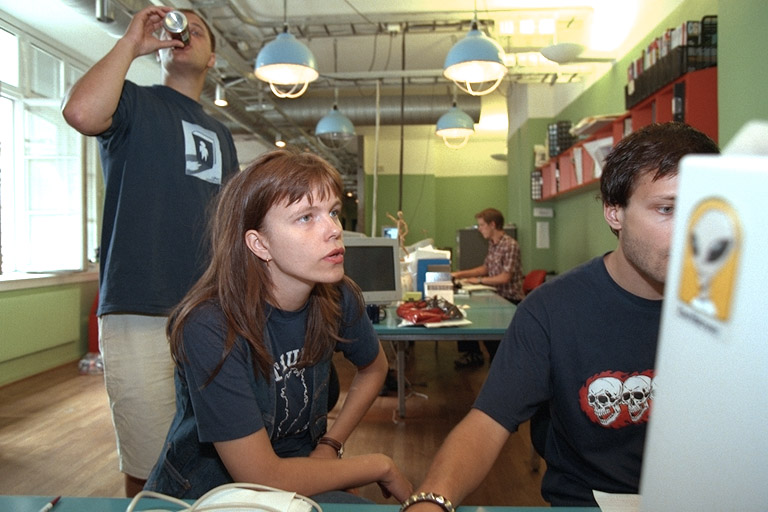 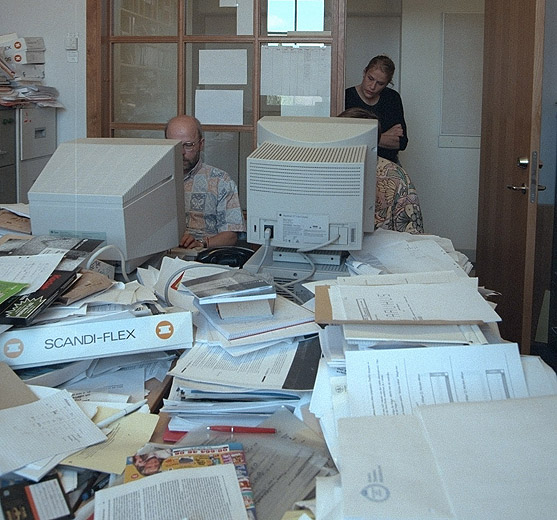 The first [a:t] project I organised together with Åsa Andersson Broms was an web art exhibition. The project involved 20 Swedish and Danish artists, and just as many companies and institutions in the field of information. The exhibition opened in 1996 with net based works by Annika von Hausswolff, Gunnel Petterson, Tomas Björk, Måns Wrange, Åsa Andersson, Karl-Johan Stigmark, Glenn Sorensen, Knud Romer Jørgensen, rasmus knud, Maria Hedlund, John Øivind Eggesbø, Peter Hagdahl, Jes Brinch, Susan Hinnum, Pär Broman, Jan Hietala, Tommy Støckel.
The project was above all concerned with the medium in itself, and the questions that are consequently raised in and around the Internet – such as democracy and freedom of expression.