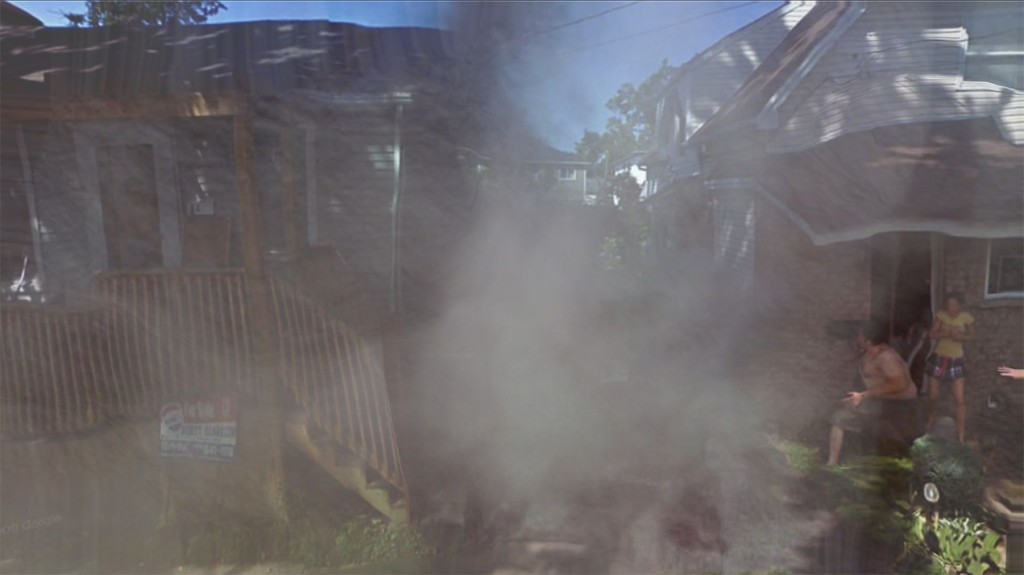 Still from the video The Screen Saviour, Karin Hansson 2019.

The animation The Screen Saviour consists of a collection of images that have in common that they are difficult to interpret and understand for artificial intelligence. The images are from so called human computation contexts as the citizen science portal Zooniverse, where people’s ability to create meaning and interpret unclear images is put to work on a large scale.

I think that like people, who through the dream sort and process their impressions, robots need endlessly with dream time to figure out these diffuse images. In front of me I see how the robots, at night when they are not engaged in people’s activities, maybe in sleep mode, half asleep half awake, are taking the time to reflect over these incomprehensible images in detail. I imagine they try to find patterns and similarities between the pictures, visual associations between seemingly different images. The result is a bit like slow clouds in the sky, or a screensaver from the 90s. But unlike screensavers whose dream-like designs once existed to save the screen and make sure all the pixels on the screen were working, these animations have nothing to do with saving technology, but are about saving the robot vision from becoming obsolete due to pre-programmed norms and pre-imaginations. Or maybe it is looking for its saviour?